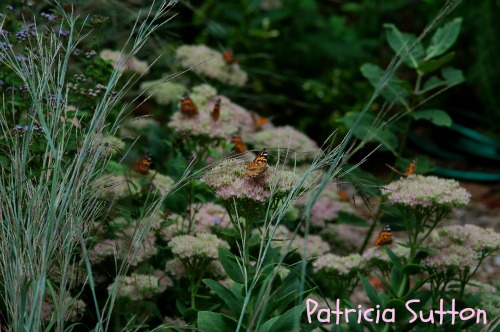 We were away in South Carolina running two butterfly counts (in their 20th year – a whole other butterfly-rich story to tell).  Upon our return on August 29th, we found our garden swimming in Painted Ladies.  We tallied 21, far more than we’d ever seen in our garden before. 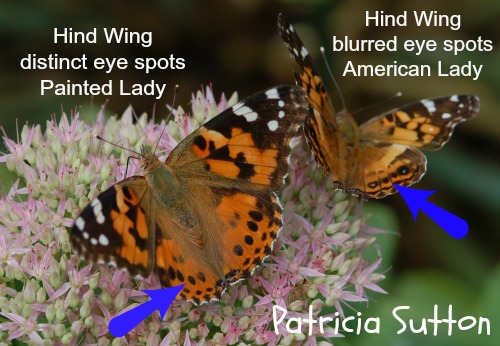 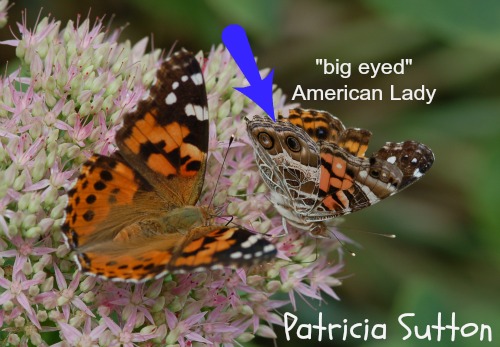 Much to our amazement, numbers steadily rose each day: 35 on August 30, 54 on August 31, and  70 on September 1.  Numbers held  steady at 70 for a few days, then shot up to 106 on September 5.  Clouds of butterflies lifted, scattered, and settled back on blooming Sedum and other plants as we slowly and reverently walked through our magic garden.

We were told there were thousands of Painted Ladies at lands end, Cape May Point.

A cold front hit on September 6, bringing rain and “raining” migrant songbirds.  Our garden filled up with hungry Common Yellowthroats and other warblers and flycatchers.  They feasted on butterflies and moths and the wealth of other pollinators in the garden.

Since then Painted Lady numbers have slowly nudged back up to 60.  Not the 106 of September 5, but still a sight to behold.  It’s quite magical as they lift off, scatter, and settle back on blooming Sedum when we walk through the garden.  Throughout all this there have been small numbers of the normally more common American Lady mixed in. 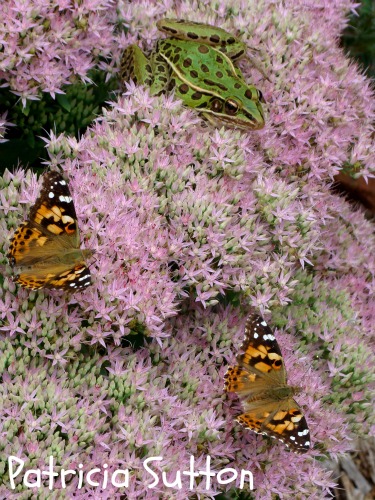 Painted Ladies were formerly called “The Cosmopolite” because they are found on every continent (except Antarctica).  Yet, they can not tolerate freezing temperatures in any form (as an egg, caterpillar, chrysalis, or adult).  They safely winter on the Mexican Plateau (northern and central Mexico) each winter.  By spring they begin to repopulate the US from Mexico.  Some years their numbers here in the East are nonexistent, other years very low, and every now and then their numbers are good.  But in our 35+ years of watching butterflies and gardening for them, we’ve never seen explosive numbers like these!  Robert Michael Pyle shares in his book, the Audubon Society Field Guide to North American Butterflies, that these drastic fluctuations from year to year are due to a variety of factors: cycles of parasite attack, caterpillar plant defoliation, and / or superabundance of nectar following heavy winter rains.